How Not To Manage A Crisis 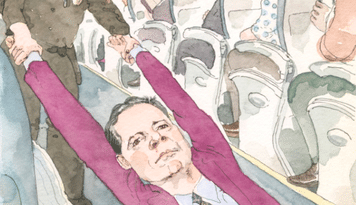 April was a bad month of most dieters, but for United Airlines it was a particularly bad one. They managed to transform an everyday problem into a major corporate crisis, in a matter of minutes.

A mere confrontation between a passenger and aviation police on board was broadcast to millions thanks to multiple videos that captured the action through passengers’ phones.

The breaking point was United Airlines’ response. The next morning, we all said to each other ‘what were they thinking?’ While every crisis is different, here’s a good checklist of what not to do.

Overbooking happens quite frequently in the aviation world, so a high value incentive would have made it a lot easier to find four volunteers to give up their seats. A few hundred dollars could have cost them a billion dollar brand.

In crisis management and communication, control is key. Instead of turning to local law enforcement, they should have assumed full responsibility of the situation and handled the matter internally. The result? They seemed to have been unaware of the many phones that were recording their every move. In this social media age, nothing stays in Vegas anymore.

One should always quickly acknowledge mistakes and work tirelessly to limit the damage. A heartfelt apology should always be a good starting point.

This is why it pays to have a marketing consultancy on speed dial. We can help control a situation before it becomes a crisis. Speak to us.

Top 5 Podcasts That Will Make You Feel Smarter

Why We Invest In Company Culture