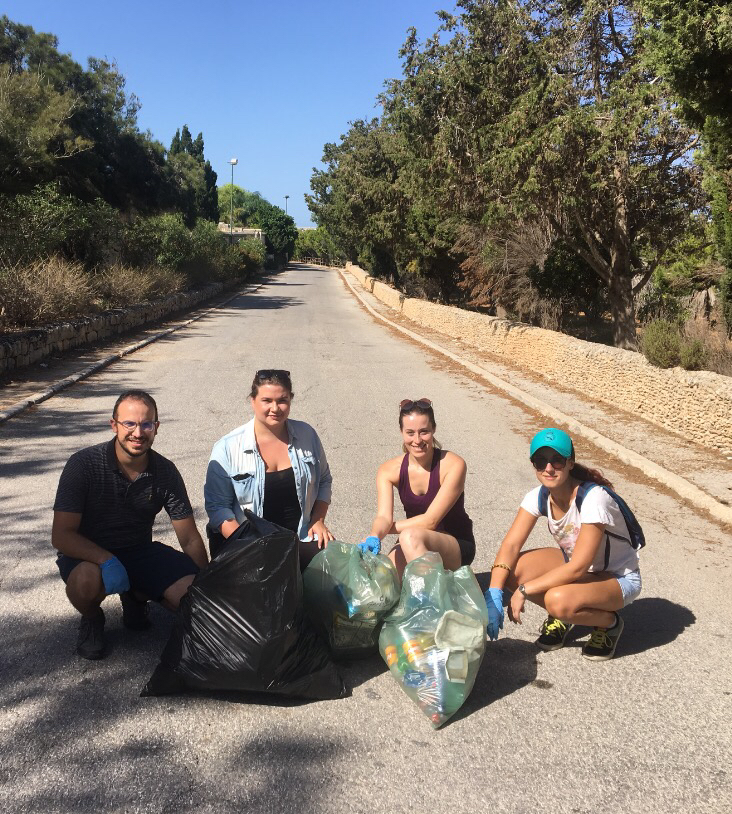 The Concept Stadium took part in ‘Let’s Do It!’, by cleaning up Gnien l-Gharusa tal-Mosta on the National Cleanup Day. The team often walk through the garden for some fresh air and the amount of litter in the area was very evident. The clean-up took place on 16th September between 09:00 and 12:00.

The ‘Let’s Do It!’ Campaign is targeting to raise over €10,000 to clean up the islands, while increasing awareness of littering and lack of recycling in Malta, with the ultimate aim being the changing of the mind-set of the Maltese population.

The team and their families and friends spent a few hours cleaning up waste found around the area, gathering all forms of packaging, plastic and other litter.

“It is really sad to see areas being ruined by negligence – as Maltese citizens, we are expected to protect areas such as gardens and care for the environment surrounding us. We are happy that as a team we did our part to help clear up the mess – we hope others will follow suit. Such initiatives leave our team satisfied, because we have given something back to the community,” Jonathan Dalli, Founder and Managing Director of the Concept Stadium said.

“The event forms part of the company’s corporate social responsibility programme, through which we give something back to the community in which we operate in,” said Jonathan Chetcuti, Founder and Director at the Concept Stadium.

Reaping The Benefits Of ISO 9001