Dining Amongst the Stars

When approached by Planet Hollywood Malta, officially launched in June 2019, to manage the brand locally, we were ecstatic. The Concept Stadium proudly launched the brand in Malta, designing the menus and all in-store material as well as the marketing collateral associated with the gastro-diner and its ongoing operations. Working alongside the Malta Film Commission, the Concept Stadium designed all the murals featuring movies filmed in Malta, as well as props for on-site movie memorabilia.

The launch event featuring two stars from the drama-series Game of Thrones, included a star-studded event including TV personalities and influencers. The event was preceded with a Meet-and-Greet session with the two actors and PR exposure in the local press including interviews, features and advertorials on both print and digital portals.

Alongside the launch event organisation, we also co-ordinated the full marketing strategies of the international franchise the ongoing management of all its social media, digital campaigns and activations in Malta. The team also designed and developed the restaurant’s local website planethollywoodmalta.com. 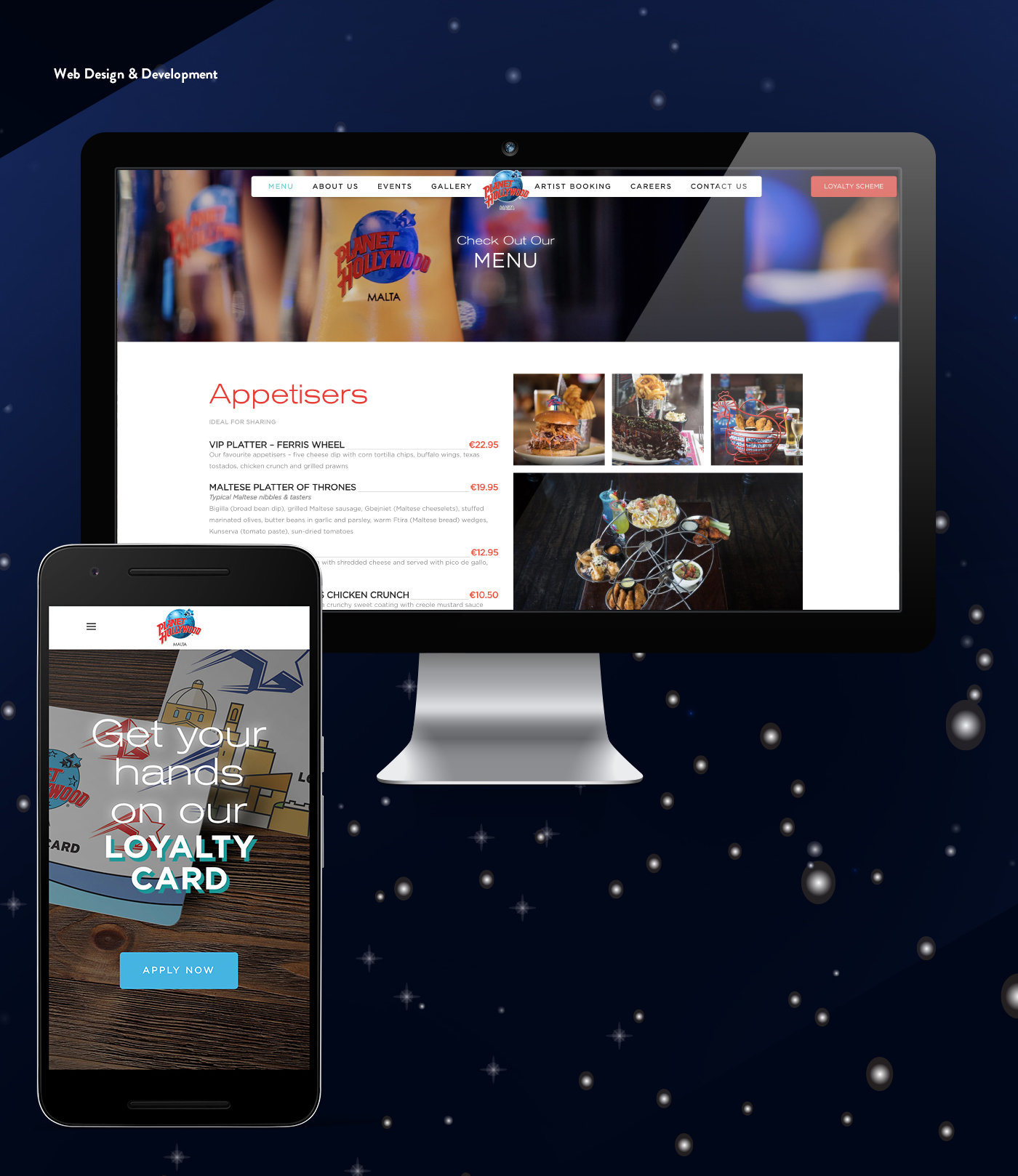